If They Are Iranian, Why are they Ashamed of Having Iranian Names?

Ayatollah Montazeri, was once designated to replace Ayatollah Khomeini as the Supreme Leader of Iran, instead he ended up under house arrest for much of his later life and the man who was once destined to be the next Supreme Leader, died as a dissident under house arrest.
Ayatollah Montazeri often said the Islamic Republic of Iran is neither Islamic nor a Republic" and I have always added,  "and it is neither Iranian".

The video above is one segment of the controversial documentary "I am Rouhani". It was made by the media agents of Tehran mayor, Ghalibaaf, in response to Rouhani telling Ghalibaaf "I am a lawyer and not a general", during the last televised presidential campaign debate.
In that famous televised debate, Rouhani set out to show himself as a moderate man with a different approach to Ghalibaaf's harsh combative style. The full documentary about Rouhani, however shows that actually Rouhani has not always been such a moderate man that he now makes out to be, but I need another post to discuss the documentary in full.
For now, I have just posted a segment of the documentary where Rouhani explains why he changed his surname:
"when I entered the seminary school, my seminary student friends criticised my original surname, Fereydoun. They mocked me by saying, one day you will become an Ayatollah, how can an Ayatollah have a name like Fereydoun?" and so this led him to change his surname to Rouhani.

Fereydoun is a popular Iranian name, it is the name of a major figure in the Iranian mythology. The rightful king, who along with Kaveh the blacksmith, led the popular revolt against the tyrannical usurper, Zahak.

If these people are Iranian, why are they ashamed of having Iranian names?

My Question to Jimmy Wales on Aljazeera Head2Head Program

This episode of Mehdi Hassan's Head to Head program was aired on Aljazeera English on April 4th. Jimmy Wales, the founder of Wikipedia, was Mehdi Hassan's guest and the topic of discussion was "will the internet set us free" as well as inevitably talking about wikipedia itself. The program was recorded in the famous Oxford Union debate hall back in December. I was also in the audience and managed to get this question across to Jimmy Wales:

I thought Jimmy Wales was an exceptionally able and articulated speaker and answered the questions very well. You can watch the entire program here:
http://www.aljazeera.com/programmes/headtohead/2014/02/will-internet-set-us-free-201421392117702994.html
Posted by Azarmehr at 12:36 AM No comments: 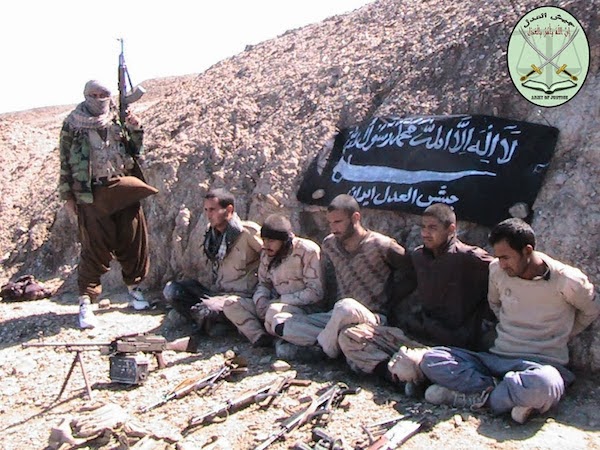 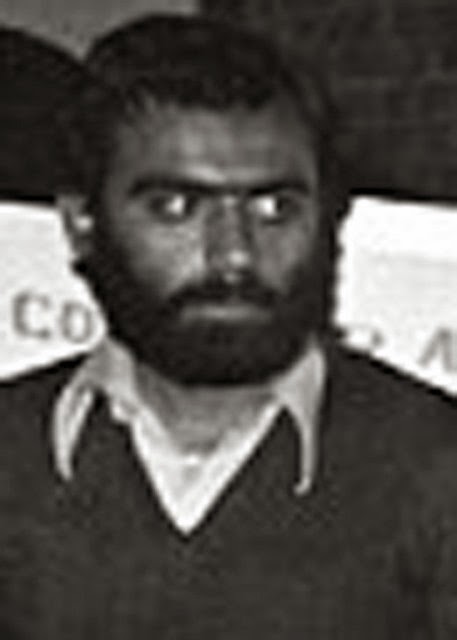 The recent appointment of Hamid AbuTalebi, as Islamic Republic's new envoy to the UN, quickly made the headlines in the West, as it was suggested by Bloomberg that the new appointee was a former US embassy hostage taker in the 1980s. Bloomberg also mentions the website Taskhir which has a picture of Hamid AbuTalebi as a young hostage taker. Taskhir, meaning capture or takeover in Persian, is in fact a website run by former Muslim Students Following the Line of Imam, or those who climbed the US embassy walls in November 1979 and took 52 US embassy staff as hostages for 444 days.

AbuTalebi on the other hand has denied he was one of the hostage takers and claimed he only acted as a translator and helped with the negotiations.

Reading about all this, I started rummaging through the Taskhir website. It has an interview with one of the former hostage takers, Mohammad Hashemi who mentions Hamid Abutalebi, as one of their representatives who was sent to Algeria to take part in a conference of "Liberation Movements" from around the world.

Another former hostage taker, Faezeh Moslehi, one of the female Students Following the Line of Imam,  also mentions AbuTalebi being sent to Algeria to represent the student hostage takers. She refers to him as "Brother AbuTAlebi".

But there are even more interesting facts that I picked up. For example another one of the former hostage takers is identified as AbdolHossein Rouhalamini, whose son, Mohsen Rouhalamini, was arrested during the 2009 protests, taken to Kahrizak and died as a result of severe beatings. i.e. Father was a US embassy hostage taker and son was killed by the regime's security forces, three decades later.

Another interesting name that came up was Ali Tayebnia, the widely reputed competent and able current Minister of Economy. Tayebnia also studied in the London School of Economics under Professor Laurence Harris. So presumably he managed to get a UK student visa after having taken part in the US embassy hostage takeover. 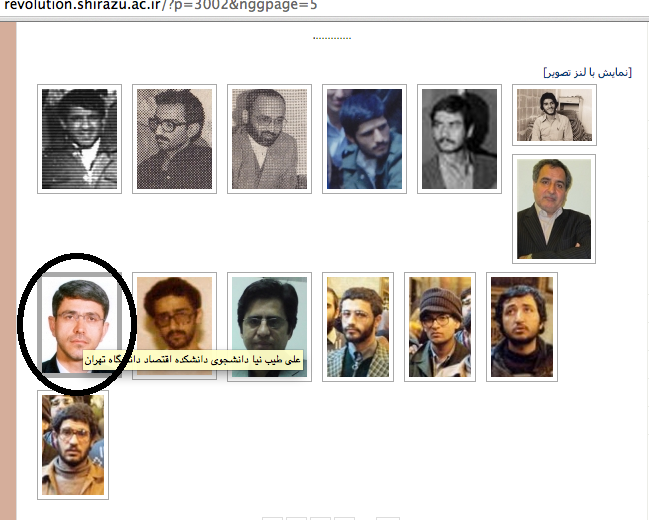