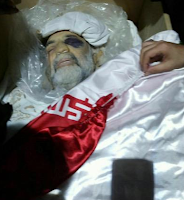 Thank you for this post! I had heard about an Iranian general killed by the Islamic State and, while I generally have little sympathy to members of Iranian security apparatus, I thought - the man has died for a good cause.
Eh well, not quite.