Has the Tehran Mayor Forgotten These Children?

The mind boggles with disbelief, the blood boils with rage, whatever I type can not express my fury and it is impossible to fight back the tears.

Tehran Mayor pledges millions of Dollars to rebuild Lebanon (i.e. Hezbollah) and Islamic Republic officials choose to forget about our own children's plight. These are the faces of Iranian school children who suffered these horrific burns because their school did not have proper safe heaters suitable for a primary school classroom.

A terror machine which started three decades ago by burning more than 400 innocent people in a cinema in Abadan, led by an evil man belonging to the dark ages, but referred to as Iran's Gandhi by the Carter administration, continues to destroy Iran and Iranians. 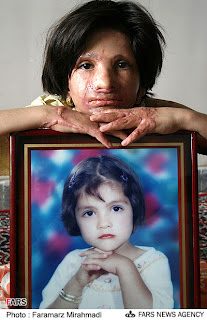 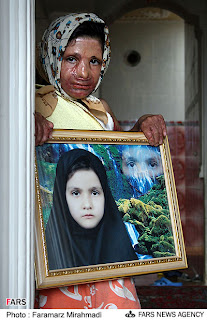 I am sure he has not forgotten them. He just doesn't care about them and the rest of the Iranians.

Dear Potkin
Have you forgotn how much good has war in lebnan done for iran's government. As long as all these problems are in the region no one would looking at what they doing to the people in iran.
Tell me now who do you think should be thier piority?
lebenan or Iranian childern?????

The windfall revenues generated by $125 barrels of oil are used to undermine the only democratic country in the region, while Iranian children are victimized by negligence at the local, provincial, and national levels.

Sad time to be an Iranian.

Hoder's rants are not worth the dingleberries on my dog's ass. I love how he accuses Satrapi of being "Spielberg-backed" Yes, of course, Spielberg - the eternal Jew - is behind Satrapi's "anti-Iran" film.

There is a special place in hell for people like Hoder.

Yeah, Hoder can kiss my ass too! However, I am not sure of the connection between Cinema Rex of Abadan and these poor children....what is the point? that both the Tehran Mayor and the Shah were cruel? pls. explain....

Cinema Rex proved the disregard for life of teh political Islam. It should have been strangled at that very point.