Hossein Ronaghi Maleki, The Very Definition of a Freedom Fighter 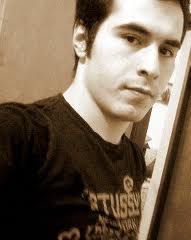 Well before a fraudster named Austin Heap, was fooling the world that his non-existent Haystack software was breaking the internet filter barriers in Iran, a young Iranian computer genius, Hossein Ronaghi Maleki, was the real hero who was helping the people of Iran achieve their inalienable right: 'access to free information'.

At the time when Austin Heap was receiving Guardian's Media Innovation Award and getting state department exemptions for a product that never existed, Hossein Ronaghi's proxies were demolishing the regime's fortress walls which were attempting to contain and  control the flow of information to the Iranian people.

Hossein's proxies which circumvented the regime's online censorship, were released under the name of Babak Khorramdin, an ancient Iranian hero from the Azeri part of Iran, who resisted the Arab invasion for 22 years and died defiant like a true hero.

To pay for the costs of his proxies, Hossein, a computer student from Arak university, laboured on building sites. He had even bought a server inside Iran and continued to release his proxies during the post-election protests at the height of the internet censorship in Iran. Much of the footage that came through, which showed the regime's brutality to the world, would not have come through, had it not been because of Hossein's anti-filter proxies. In fact the Green Movement seemed to subside after Hossein's arrest. Information was the life line of the Green Movement and the forces of the darkness had stifled it by imprisoning the modern day Babak Khorramdin.

Islamic Republic's security agents were after Hossein Ronaghi ever since 2004. Mojtaba Saminejad, an Iranian blogger who was imprisoned in 2004, said his interrogators were pressuring him to say who Babak Khorramdin was in 2005. It was just lucky that Mjtaba didn't know either.

Finally after many years of slipping through the regime's net, Hossein was arrested in his home town of Malekan in East Azerbaijan province.

Iran's intelligence ministry, furious at Hossein having given them the chase for so many years, came down on him with everything they had. Hossein was sentenced to 15 years in prison. His sentence sparked outrage amongst human rights organisations. Amnesty International said he is "held solely on account of his peaceful exercise of his right to freedom of expression".

In Tehran's notorious Evin prison, Hossein spent 376 days in solitary confinement. His health has deteriorated and he has developed kidney problems. The Intelligence Unit of the Revolutionary Guards who are holding Hossein in Evin prison, are still raging at this one man who singlehandedly helped so much to promote freedom and have so far denied him medical attention.

Hossein however; has remained as resolute and as true to the spirit of the Iranian hero, Babak Khorramdin. His hunger strike in protest at his treatment and denial of his basic prisoner rights has caused deep concern and anxiety amongst many of his friends and supporters. The intelligence ministry agents even threatened Hossein's father, telling him "if you speak too much, you too will be put in jail". A threat they could easily carry out. Last week, Arash Sadeghi's 80 year old grand father was imprisoned for protesting 'too much' against his grandson's conditions.

Unknown and un-praised in the West, Hossein Ronaghi Maleki, is the true definition of a freedom fighter; who deserves much more international support.

As part of the campaign to release Hossein, many Iranian activists have emailed and written to Heather Gautney, the Fordham university lecturer who recently went to the Islamic Republic and showered praise on the religious dictatorship in Iran. The campaigners want Heather Gautney to call for the release of Hossein from prison.

After all the propaganda the Islamic Republic made from Gautney's trip and the interviews she gave, it would be hugely costly for the regime, if she only makes a simple public statement and asks for Hossein's release.

As yet, this Wall Street Occupier and US university lecturer who lectures her Fordham University students on 'social movements' and is about to earn some extra cash from her latest book on "Global Justice", has chosen to remain silent and not say anything to help release Hossein Ronaghi Maleki.
Posted by Azarmehr at 2:47 AM

Nice to see you highlight the higher moral humanistic news that the mainstream media as per usual seem ignore Potkin! And yet it's from the courage of Hossein Ronaghi Maleki - (these so-called little people) from which the greater news can be inspired and fashioned. Mohamed Bouazizi anyone? Who-?? Well he was the name of the guy who set himself alight to spark the Tunsian Revolution! Therefore isn't it a shameful wrong upon the higher ethical conscience, that the two names above are so easily forgotten? Whereas criminal Regime apologists seeking their own five minutes of egocentric fame: I.e. the likes of George Galloway and Heather Gautney are allowed to pollute aspects of the corporate media for their own cynical and commercial gain? It's a shame Potkin that Al-Jazeera don't employ you as the human deeper investigation voice to expose such exploitation, corruption and hypocrisy of the Iranian Regime! In particular their propaganda useful idiot machine that even the mainstream media seem to lazily take as face value! Hey---It's the voices of THE Iranian people like Hossein and yes - even yours that they should really be listening too! Not the constant Regime -grandstand from the point of tyranny bullshit!

With 3rd anniversary of election cheat coming up, what are Blog thoughts as why People in Iran now so quiet? Now they have more to protest than ever, so what happened? Do they need another Hossein Ronaghi Maleki to make voices known to outside world, or have they give up? I always think if Iran mass protest now, it will be big success for both people of Iran and Syria. Both Regimes would be too stretched to cope, so why Iranian's just stay home in even worse times?