Whatever This Man Suggests, Do the Opposite 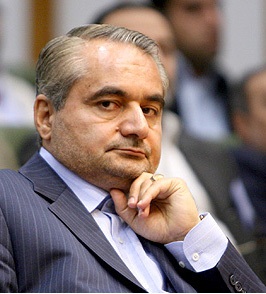 The return of Mehdi Hashemi, Rafsanjani's son, to Iran and his subsequent arrest was one such manifestation of factional fighting in the Islamic Republic. To fully understand each faction's motives, one must go back to the time Rafsanjani was Iran's strong man.

During the peak of Rafsanjani's power, Hossein Taeb, worked as an interrogator in the regime’s prisons. Some of the prisoners who came his way had information about the extensive corruption of the Rafsanjani clan. Taeb, in order to endear himself to the Supreme Leader, passed his interrogation findings to  Ayatollah Khamenei, who at the time, was steadily putting together his power bases.

Taeb eventually suffered the Rafsanjani wrath for his cloak and dagger mischiefs and was put in prison. The man who once made prisoners suffer was now at the receiving end himself. The pressure on Taeb was so great that at the age of thirty, he suffered a stroke in prison. Taeb's future seemed doom and gloom until Khamenei intervened and he was released. This was the foundation stone of what became Taeb's intense hatred towards the Rafsanjanis and his un-wavered loyalty to the Supreme Leader and especially towards the Supreme Leader's son Mojtaba.

When Rafsanjani's son, Mehdi Hashemi made a misjudgement to return to Iran to escape a $13 Million court judgement made against him in a civil suit in Canada, he was arrested and taken to prison. According to Islamic Republic law, a prisoner can be detained without being charged for a maximum of one month, but when did they even observe their own laws in the Islamic Republic? Especially now that Mehdi Hashemi was in the hands of Taeb's gang, who were determined to extract enough information from their prize catch to throw the key away for good. Instead rumours started circulating that Mehdi Hashemi will soon be released.

Following these rumours, two audio files were released on the cyberspace. These were taped conversations of Mehdi Hashemi, when he was outside Iran, with a dissident exiled journalist and famous Iranian cartoonist, Nikahang Kowsar. The tapes were handed to the Canadian courts as evidence, after strangely enough, Hashemi’s lawyers had requested them.

The audio tapes did not receive much publicity in the Western press but they went viral on the Persian cyberspace in no time. They revealed clandestine efforts by the Rafsanjani clan to regain much of their lost power and their role in the Green Movement. The anti-Rafsanjani factions, known in the West as hardliners or “The Principal-ists”  were delighted with the contents of the audio tapes.

Many theories started to circulate as to who was responsible for releasing the audio tapes. Some said it was the work of Rafsanjanis themselves, in order to make themselves more popular with the people of Iran by showing their efforts in opposing the Supreme Leader and hardliners. Some argued that it must have been the rival factions, who feared Rafsanjanis were still powerful enough to get away and needed more damning evidence against them in the public domain to ensure the Rafsanjani’s were finished. Regardless of the these different theories, everyone eagerly awaited the next audio tapes. When the first two were released, it was claimed there were twenty audio files altogether.

The best advise however, may be, whatever this man tells you to do; DO THE EXACT OPPOSITE!
Posted by Azarmehr at 6:22 AM