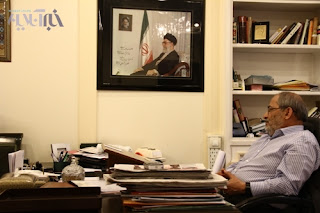 When it comes to revolutionary credentials, Mohsen Rafighdoost has it all. He is said to have been active against the Shah since he was ten years old. In 1964, when he was in his early twenties, he is reputed to have battered a man to death with a club, because the man was thought to have been a SAVAK agent.

Rafighdoost was an active supporter of the MeK [Mojahedin Khalq Organisation] before the revolution until an ideological battle within the MeK resulted in a Marxist splinter group and a bloody internal infighting within the organisation.

Prior to the split within the MeK, Rafighdoost helped the organisation by smuggling guns and ammunition from Lebanon via the Kurdish borders for the MeK operatives fighting against the Shah
.
Rafighdoost was imprisoned in 1975, along with the rest of the MeK leadership. In prison, he distanced himself from the MeK and joined the Islamic Coalition Society.
Upon Khomeini's return from exile, Rafighdoost was the driver who drove the Ayatollah through the frantic crowds from the airport to the cemetery. 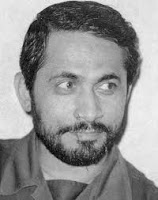 After the victory of the 1979 revolution, Rafighdoost was made in charge of repossessing the properties of the officials from the Ancien Régime until the decision was made to form the Revolutionary Guards and he was called to help shape this new military corps. Rafighdoost always says with pride, if the formation of the IRGC can be narrowed down to 5 to 10 people, he is the top man amongst them.

Rafighdoost was then the head of the Dispossessed Foundation for years until he was removed from there and now runs many lucrative businesses and is particularly active in construction and medicine.


In an interview with the Iranian news website, Khabaronline, Mohsen Rafighdoost talks about his memoires of the new Iranian president, Hassan Rowhani, during the war years, when Rafighdoost himself was the Minister of the Revolutionary Guards and also expresses his views about the last presidential elections in Iran.

Most interestingly during the lengthy interview, Rafighdoost talks about how the Supreme Leader "beautifully engineered" the last election.
"We all thought after the events that took place in 2009, the participation by the eligible voters will be under 40%, but the Supreme Leader beautifully engineered the elections. Even we never imagined there would be a 72% participation"

Rafighdoost also refuses the notion that this was a victory for the reformists and says "If the reformists had even the slightest confidence that they have the votes, they wouldn't ask Aref to withdraw. Most of the principalists I know are pleased about the election outcome"

Rafighdoost praised the Islamic Republic election process and said "It is a source of much pride that nowhere in the world has free elections like Iran...After the elections I went to see the Supreme Leader and he said he was very pleased about the election results"

Yep - King Kong Khamenei was very clever and conniving. After his Ahmadinejad Chimp - he deliberately put in an Orangutan amongst the gorilla's and baboons! Enough people obviously fooled enough by this deliberate cosmetic soft option. But changing the face of this Repressive Regime WON'T change it's Planet Of The Apes tyranny. Therefore, let's hope the HUMAN RIGHTS voices uprise even more, once they realize that their naïve show of goodwill has once again been abused, manipulated and insulted!