"In an interview with an American reporter, I told him in the last 25 years, none of Iran's presidents or deputy presidents ever met with the Libyan dictator, although we have been friends with the people of Libya, but you show me one European president or prime minister who didn't travel to Libya"

The above was part of Ahmadinejad's speech to the people in Birjand, NE Iran, during his latest one of his provincial tours, as reported by Iranian news sites.

and below are some pictures from 25 years ago: 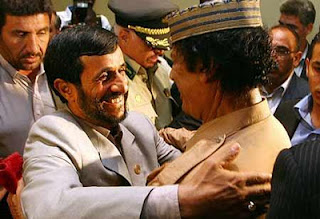 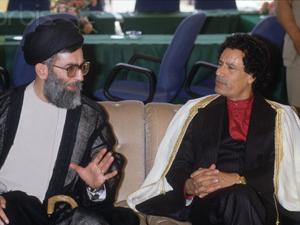 Parviz Davoodi, one of Ahmadinejad's deputies four years ago in Libya: 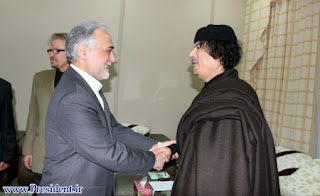 Must've thought if George Galloway can get away I can! Ha! However making pals with dictators and then denying it, doesn't reveal their ignorance. It merely exposes their contemptable ego's at just how ignorant THEY believe the people to be! The mistake all dispicable despots ultimately pay the price for!