The People United, Will Defeat Terrorism 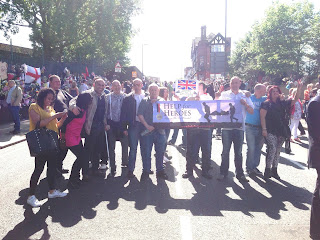 What makes people from all different walks of life, opinion, race, colour and creed unite every now and then?

One of them, as it was evident on Sunday in Woolwich, was the common threat of Islamic extremism. A very serious threat that concerns all of us who value our freedoms and privileges and was manifested once again in the brutal killing of Lee Rigby in Woolwich.

The threat of political Islam is made worse by spineless politicians, who refuse to take necessary measures, and therefore requires the ordinary people to come together and rout out this hideous menace.
That is exactly what happened on Sunday in Woolwich.

I first met with some friends from "March for England" in Waterloo. I have known the MfE supporters for a few years now. They are decent patriotic people with whom I share many values and we have stood together on many occasions against extremists who want to impose their way of life on the rest of us.

The march started from Charlton station in South London. It was supposed to be a silent march in respect for the occasion. On a few occasions however, some sections of the crowd started chanting but fortunately, they were quickly reminded by the stewards and others that this was not the time and place.

As the marchers continued along the route, the original core of a few hundred grew to a thousand and they were cheered and applauded by passers by and residents of Woolwich.


The best thing about the march was that everyone was there. If the terrorists thought they had subdued people into fear, it was in fact the very opposite that had taken place. Their brutal barbaric murder of Lee Rigby had demonstrated to everyone what threatens us all if we remain silent and that we must stand together to preserve the peace and freedoms we enjoy in England.

As the courageous woman, Ingrid Loyau-Kennett, told the blade wielding maniac, "You are going to lose. It's only you versus many" and we had to show on Sunday that there were many of us and that they are going to lose. 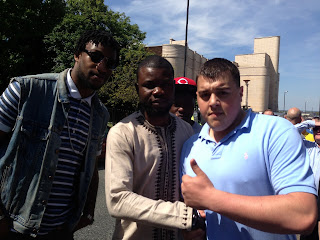 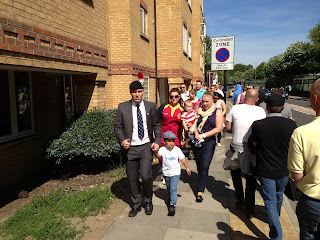 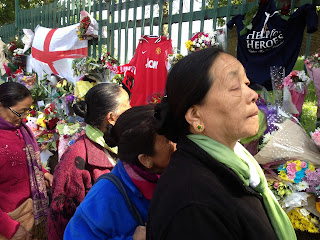 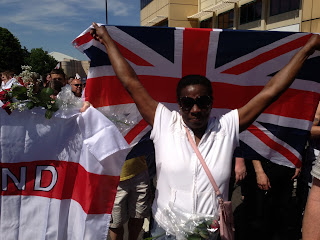 Of course there's always the danger that we might mirror 1930's Nazi Germany against the Jews. And in the presently depressed economic climate, the parallels are something we should all be extremely aware of. That said, there are currently too many frightened apologists and PC do-gooders out there who allow the sole intention of Political and fantanical Islam to abuse our liberal rules and thus seek to undermine our Freedom Of speech. Even the hypocrites of the Christan Church would rather appease extremists than defend a person's right to Freedom of expression and speech! I certainly don't believe in fascism. To me anyone can believe in what they want to believe - as long as it doesn't turn into the mob rule of rabid fanatics ramming their opinions down by throat. But likewise - it is perhaps about time our public meally mouths via our Media, Politicians and Establishments, got a bit more backbone. It's Time we put Freedom of Speech and Expression back to the top of our agenda - rather than keep timidly looking over our shoulders and cow down to those Radicals who literally DO just want to hack our current Secular Democracy to death!

The Greatest domestic terrorist, Aytoallah Khomeini, should not be honored in London:

Murderers were not charged under any terrorism related statute though this is still a reprehensible act of murder.

Calling this evil act 'terrorism' simply dances to the fascist and sensationalist agenda.

The likes of EDL are not products of extremist religious rhetoric, but are in fact racist ignorant bigots using terrorist events as an excuse to voice their already long standing views.

I'm pretty sure March for England is no better.

Potkin, it may be worth revising the title of your post as even though I'm in favour of uniting against terrorism, it is erroneous to label the evil barbaric murder of Lee Rigby as anything other than a hate-crime/murder.