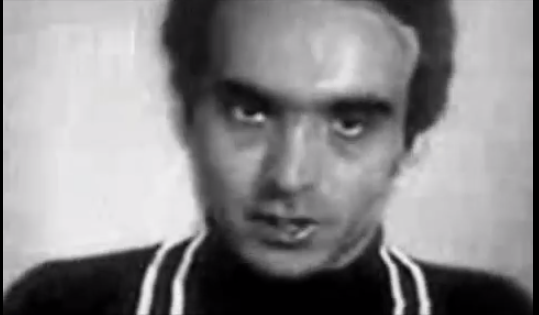 It was a decisive moment in February, 1979, when the popular Iranian TV host,  Mirali Hosseini, who like many of his colleagues had decided to back the revolution against the Shah by going on strike, appeared on the national television, after it had been captured by the revolutionaries and announced "This is the voice of the revolution!".

Capturing the state television is a huge psychological milestone in an uprising. He who controls the state TV is the one who appears to be in charge of the country. After Hosseini's famous announcement, the momentum of the collapse of the Ancien Régime  accelerated.

Mirali Hosseini didn't last very long however. Contrary to his disillusions and that of many other Iranians, the revolution did not bring freedom, it did the reverse, it took away our personal freedoms and it brought about misery and a harsher despotism.

This is Mirali Hosseini speaking three decades after that momentous occasion, when he anounced "This is the voice of revolution!"

Watch Mirali Hosseini talking about his expectations in 1979