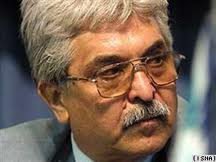 On Saturday, 30 October, Branch 15 of Tehran’s Revolutionary Court sentenced prominent lawyer Mohammad Seifzadeh to nine years in prison and a ten year ban from practicing law. Seifzadeh is charged with the usual “acting against national security” by “establishing the Defenders of Human Rights Center (DHRC).” Abdolfattah Soltani and Mohammad Ali Dadkhah, two other co-founders  of DHRC are also under prosecution for similar charges. To which Seifzadeh commented, "it seems the gentlemen have a problem with human rights and consider it a crime".

Nasrin Sotoudeh, another lawyer affiliated with DHRC, has been in detention since 4 September 2010, and held in solitary confinement. Neither her husband nor her children have been allowed to see her since. The only contact she has had with her husband and children is a three second phone call which was cut short, when she said 'I have been threatened'.

Mohammad Oliyaiefard, another lawyer, is serving a one year sentence for having interviewed with the VOA Persian regarding the case of one of his clients, a minor who was executed.

Iran's first post-revolution general prosecutor, Mehdi Hadavi, wrote an open letter yesterday to the Islamic Republic's Intelligence Minister, after his son and grandson were both arrested, which said:
- No state can be run in secrecy and stealth. Official institutions must not behave like pirates and armed robbers.

- The judges in Iran these days execute the orders given to them by the intelligence ministry.

- By your orders, people have even been arrested for taking part in prayers. Do you not fear teh Almighty?

Hadavi, was the Qom prosecutor in 1963, and was dismissed when he refused to sign Ayatollah Khomeini's sentence to exile. After the revolution, Ayatollah Khomeini rewarded him by appointing him as the country's general prosecutor. Hadavi, however resigned after two and a half months, saying he wanted to be accountable on the judgement day.
Posted by Azarmehr at 2:48 AM

Well when it comes to Iran's current Judiciary, I'm always reminded of that court scene from the film The Planet Of THe Apes. Where all the Apes try to cover their eyes and ears in pure denial that a man can actually reason and speak! Unfortunately to take the Cult theme a little further, I can also see a point where it all ends just like the last episode in 'The Prisioner.' Where the youth, the disgrunted establishment and the voice's of individual freedom can only make the change through violence. Simply because a violent oppressive junta has stiffled all other alternatives and given them no choice! I don't want to see another Revolution in Iran. As in the last one, you don't know what other despots you might end up with! But the current black-hearted hubris of the current regime seem to be almost blindly pouring oil onto the smouldering and shimmering flames of the people's ire to ignite it!

I think it is high time that a revolutionary court in Iran put POTKIN on trial(in absentia).

Let us read out the charges:

1) Damaging national security through the dissemination of false information and inciting riots.

2) Propaganda against the system by insulting government officials.

3) Conspiring with the enemies of the Revolution in the BBC and the British press to disappoint the people and make them lose faith.

As prosecutor, I would demand the most severe sentence with no mercy shown whatsoever.....10 years confined to Mehdi Karroubi's house.

"Propaganda against the system by insulting government officials."

A great reason for prosecution in a democratic country, isn't it?

Er...you have heard of libel and slander before?

We just had a judge rule in the United Kingdom that a Labour MP should lose his seat because he issued false propaganda against his opponent in the General election.

If Potkin faced a regular court, he might plead that he was misguided and misinformed; but a revolutionary court in Iran would show no mercy.