How Dare You wish for a 'Free Iran' in a Stop the War Rally?

How Dare You Wish for a Free Iran during a Stop the War Rally? 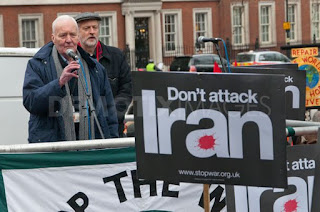 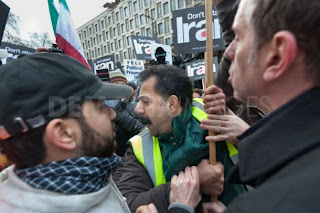 Sorry can't have you in the rally, you are a pro-democracy activist! 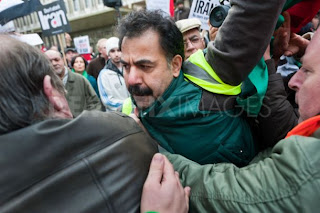 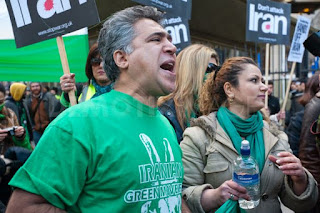 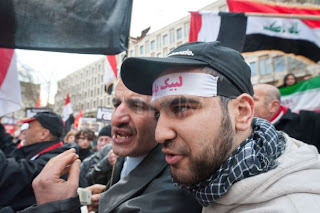 Two friendly "peace activists" in the Stop the War rally 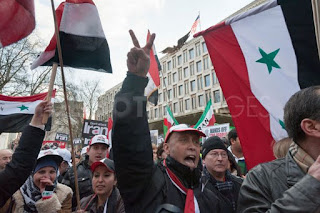 Where would we be without these complete fucking idiots? 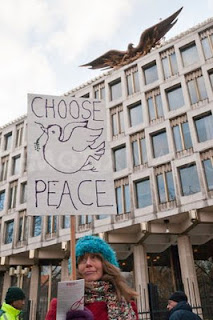 Again tall heir attitudes and reasoning are totally drowned out by their own thunder! If they really wanna stop the threat of any looming wars with Syria or Iran, than surely such rallies are better served supporting the people's freedom within THOSE countries??? If both these brutal Regimes were replaced by proper democracries than the chances of war virtually disappear overnight! Plus the bellicose and bigoted Isreali policies they - yes - quite rightly often complain about would also loose a lot of it's U.S. blessing - if the Zionist Lobby run out of so called enemies to target! But nah -when it comes to Stop the War Coalition:--'Let's still just moronically march for these tyrannies because our old die-in-the-wool drum beat hatreds of imperialism suit our black & white knee-jerk reaction movement so much better eh???'