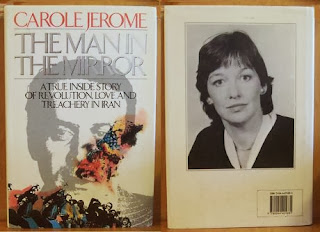 Its nearly three years since Russia Today, broadcast a piece celebrating the 50th anniversary of the People's Friendship University of Russia.

The university also known as Patrice Lumumba university, named after the Congolese independence leader, became the alma mater of terrorists such as Carlos and third world leaders who were assigned to spread the Soviet ways upon returning to their home countries.

In the footage shown on Russia Today to celebrate the 50th anniversary of the university, there was also a brief mention of its alumni who are now world leaders.


The presenter went on to name Ali Khamenei, the Supreme Leader of Iran as one of the university's alumni. The mention of Ali Khamenei having been trained in Moscow, quickly made some headlines on the Iranian cyberspace, although the former Tudeh party [Iran Soviet backed Communist party] members and sympathisers running BBC Persian did their best to ignore the revelation. RT and PFUR officials have since remained silent about the unintended disclosure made on the Russia Today program.

Totally irrelevant to the above, last week, I have been reading a book called, The Man in the Mirror, written by the Canadian CBC reporter, Carole Jerome. The book is about Sadeq Ghotbzadeh, a life long revolutionary who opposed the Shah and became a close aide to Ayatollah Khomeini in exile. Ghotbzadeh became the first head of Iran state TV after the 1979 revolution and the foreign minister during the hostage crisis until he lost Khomeini's favour and was finally executed by the very regime he helped to bring about. Carole Jerome was also Ghotbzadeh's intimate lover and so became the confidant of much of the grisly power struggle that was going on behind the scenes in the post-revolutionary Iran.

As I read the final pages of Jerome's book and Ghotbzadeh's demise, I came across this paragraph, which also confirmed Ali Khamenei's earlier training in Moscow:

"A thin ascetic looking man with a fierce mien, Khamenei was a righteous zealot who, like Khoeini'a [the mastermind of the US embassy hostage taking] combined religious zeal with a puritanical devotion to some of the principles he had learned in early days in Moscow."

Lets not forget who has gained the most from the 1979 revolution in Iran, definitely not the people of Iran, but definitely Russia.