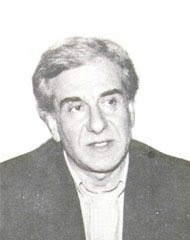 Dr. Massoud Derakhshan is a prominent Iranian economist, previously the chief of the Centre for Oil Ministry’s International Studies in London, founder of the Economics faculty at Imam Sadegh university and former Oxford university lecturer.

Speaking at the Institute of Religion and Economics, he criticised the secretive nature of oil contracts in the Islamic Republic.

'the information about discovery of new oil resources; production and development of the oil fields etc. must be made available to the Iranian public who are the real owners of this resource.
Even if we assume that the government, as the representative of the people, should be trusted in supervising this information by itself, nevertheless the legislative and the judiciary should be in a position to closely scrutinise these contracts'

Derakhshan reminded his audience that before the revolution, all oil contracts had to be passed by the Majlis and experts in the field, including the media and the public had access to the information. After the revolution however, the community of experts and the media have been deprived of contributing useful comments and suggestions in this field.

Derakhshan said according to the information that was available to him and the studies he has carried out for some "friends", it shows that within 20 years Iran's crude oil exports income will be reduced to zero. He said this conclusion was reached on an optimistic basis that all the predicted plans for expanding oil fields and further excavation will be carried out successfully, otherwise the timescale for Iran’s total loss of oil income can be as early as 8 years.

He criticised the buyback deals with foreign companies carried out in the recent years, saying serious mistakes in drawing up these contracts were made and these mistakes were made partly due to the secretive nature of the deals which prevented experts from reviewing or making any input into them.

Why haven't you said anything about the execution of Delara?

There is a lot of focus on her in the media, I know no more than what has already been reported and there are so many more whose plight has to be told. Like the AKU imprisoned students who have now been accused of being MeK supporters, with the only evidence being that of confessions under torture.

Haven't even had time to talk about May Day arrests.

Basically what this Dr. Derakhshan is saying is why am I not geting a percentage for these contracts?

Your point is fair, and I hope you are satisfied with Azarmehr's sufficient response.

You are welcome to visit my blog, where I have mentioned Delara's tragic fate.

Dr. Derakhshan is financed by Rafsanjani and this is part of Rafsanjani's attempt to get back in control of the oil ministry. Otherwise why has this guy not worried about accountability before in the last 30 years?

Interesting, but found no references to the Institute of Religion and economics, nor anything on this person claiming anything like that on the web.
If this is true, might explain why Iran is pursuing nuclear energy so bad.
But why not reassure everyone, why make it such a threat?

Sorry Rene, I should have put the link on the post.