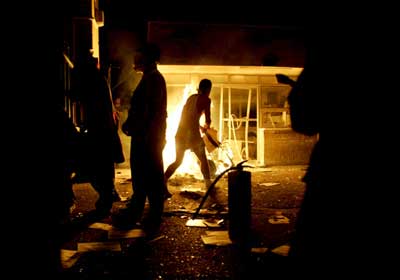 Commander Talaii today announced that eight "pseudo-students" have been detained during the violent clashes over the last two days in Tehran university. The student protests started after five university lecturers were forced to take early retirement, interferences in student society elections and the unwelcomed presence of Baseej forces in university campuses.

Commander Talaii also mentioned twenty five law enforcement personnel were injured as a result of the clashes with the students.