No Praise for Ahmadinejad's Mention of Cyrus in the UN 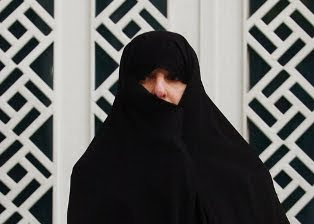 The regime in Iran does have a dual policy of what is said publicly, one is for the 'internal consumption' and one for the 'external consumption' as they put it. So when Ahamdinejad mentioned Cyrus the Great as the great king of Iran who abolished slavery 2500 years ago, in his UN speech, it may have stirred the hearts of some Iranian nationalists and those who pride themselves in Iran's pre-Islamic identity and history, but the more astute observers know that such gestures made by Ahamdinejad are just hollow window dressings to fool the gullible audiences.

In fact already, Fatemeh Rajabai (pictured above), wife of Ahmadinejad's governement spokesman, has criticised Ahmadinejad's statements in UN. This is a translation of Fatemeh Rajabai's criticism of Ahmadinejad's speech in UN for mentioning Cyrus the Great:
'The abolition of slavery in Iran's 2500 year history is ambiguous, and brings no glory for our Shiite history.'
'Sadly, Although Mr. Ahmadinejad, in his previous speeches always put his emphasis on the Hidden Imam, Mehdi, as the sole saviour of the world, and her holiness Fatemeh Zahra, this time, he did not speak like in previous occasions. Mr. Ahmadinejad always ended his speeches with prayers for the imminent resurgence of the hidden Imam Mahdi, and instead he ended his speech by talking about the love of human beings for one other and in my opinion this is not appropriate'

There you go, who says there is no freedom in Iran and you can not criticise?
Posted by Azarmehr at 7:46 AM

Really sums up this regime, they're just pure unadulterated hatred. How dare a filthy Islamist like Ahmadinejad mention Cyrus the Great.

Excellent analysis of the duplicity of one and bigotry of the other! Thanks!