Islamic Republic uses a cardboard cut out of Khomeini to mark the anniversary of his return from exile, 33 years ago.

During his flight back to Iran from exile, a reporter on borad the plane asked him "What do you feel returning to Iran after 15 years?" and Khomeini replied "Nothing", so we shouldn't expect more from this cardboard cutout. 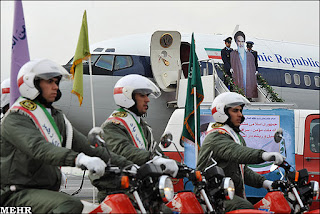 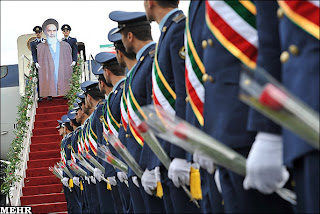 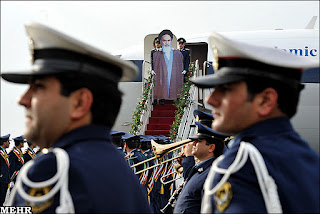 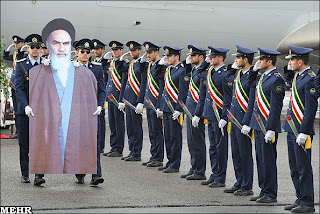 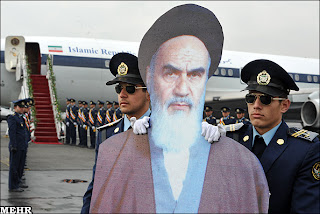 :)))))) Oh that is sooooooooo funny! The Islamic Republic likes to do things in style!
What morons.

Who did they employ for such an event? Terry Gillian when workng for Monty Python? Tut! In Britian of course we can laugh at such a daft Mad hatter joke. But in Iran of course they're forced not too! Still, with Khamenei now more openly mocked, cursed and thoroughly loathed by plunging the country into further rack and ruin, maybe his future photo opportunity will soon be immortalised standing in the dock!

Iran gives up 64% of her massive new oil, in exchange for Russian protection of “regime” in case of Face-Off with opposition – foreign or domestic!

what's the point of this? you want to mock a country for celebrating their revolution just because you don't agree with it?

seriously, get off your high horse, you're a traitor to Iran. you should be proud that Iran is the only country in the middle east who isn't a puppet of your british masters, and US masters.

The irony of this event has not gone unnoticed. Good luck, my friend.