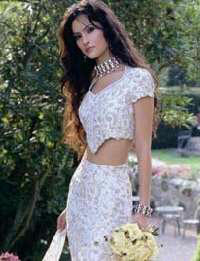 One striking aspect of Islamic fundamentalism is its pathological hatred of all things beautiful. It is a fact that Islamic fundamentalists are often ugly and unattractive themselves. Talking to a female friend of mine, Fariba Marzban, who spent over eight years in the Islamic Republic prisons and reading her memoires confirms my conclusion. Fariba also told me how the more beautiful the women prisoners were, the more they suffered at the hands of the prison henchmen.
If they had a particularly attractive feature, like eyes, hair or lips etc. that would become the target of their tormenters. The torturer would aim at destroying their beauty with a pathological zeal, as if anything beautiful was the work of the devil.

The picture you see here is that of an 18 year old, Hammasa Kohistani, of Afghan descent who became the first Muslim born Miss England. She won her crown in a two-day final at Liverpool's Olympia Theatre.

So what has been the Islamic community's reaction. Here is a summary : 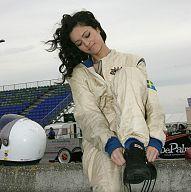 Before the Miss England final Islamic leaders in the North-West urged all four Muslim entrants to withdraw from the contest as they would be compromising the teachings of the Koran by showing naked flesh.

"There is no way a Muslim girl should be playing any part in this competition, because it is unlawful," said Hashim Sulaiman of the Liverpool Islamic Institute.

"If she has chosen to take part in this contest, she immediately goes out of the circle of Islam," Abdul Hamid, vice-chairman of the Lancashire Board of Mosques. By the way the mosque is funded by the Islamic Fundamentalist infested British Home Office. The logo on their website says "Funded by the Home Office: Building a Safe, Just and Tolerant Society."!!!!!

and here is a random sample of Muslim reactions I picked up on the internet - notice the Freudian slip of spelling "nude" as "nuke" in the first posting:

"I am an educated and bright minded person, but I am totally against of Hammasa, because she is the one who has destroyed the culture of our sweet and muslim country Afghanistan. She should not claim that she is an Afghan. She is the enemy of Afghan and muslim culture coz all the world see her nuke pictures."

my thesis: Islam is pure shit, christianity is the same shit covered by delicious creams so people dont feel the real taste of the crap they r eating!

Winston said...
This comment has been removed by a blog administrator.
3:04 PM