The Beginning of Iran's Secular Movement

Today is a special day in the Iranian calendar that marks the anniversary of two occasions, the uprising by Iran's finest officers in the Shahrokhi airbase soon after the 1979 revolution and the student uprising in 1999 that spread to 19 cities and went on for six days.

Air force officers in Shahrokhi airbase, saw the tragedy that was looming ahead for their homeland. Despite the odds being against them, they decided it was time for action and sacrifice. They were betrayed by Iran's pro-Soviet Union Communists, the Tudeh party, who were trying to endear themselves to the new regime, but the heroism of the Shahrokhi officers during their televised show trial made them into legends of Iranian history and symbols of Iran's struggle for liberty.

The student uprising in 1999, although brutally crushed, was the beginning of Iran's secular movement. The cry of a new generation who showed the world, that despite all the attempts to brainwash the population, the overwhelmingly young Iranians wanted change and follow a different direction to the previous generation who were duped into pushing Iran back to the dark ages. A decade since the struggle for democracy and secularism continues and more and more of the establishment are breaking away.

All that is required now, is for the international public opinion to accept that the present rulers in Iran are not representing the citizens of Iran and to rally around the Iranian people's desire for change. 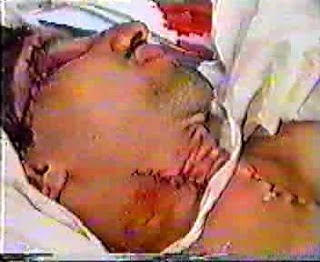 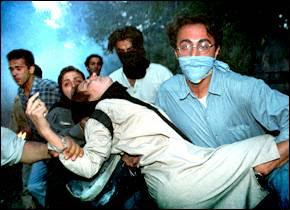 They will be remembered, their name would be written in the history books and call them the HIROS of our land.
God bless their sols.

I agree now. The West keeping a lifeline open to a theocratic tyranny merely extends that life! So it's about time we choke it off altogether and then see how long it takes for their corrupt cartel of thieves and murderers to start attacking each other's throats! It may be happening in increments - but Khanamanei - the Stalin of Islam and the traitor of Iran is slowly being sofficated! The true Lion of Persia will soon return to usurp the vulture!