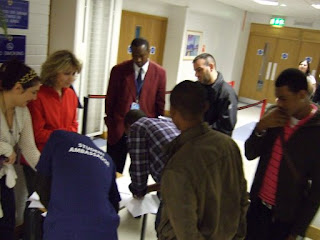 A conference organised by the South Bank University Student Union, titled "The Empowerment of Women from the 1960's to the New Era" and the recent arrests of Iranian women campaigners, gave us an opportunity to raise awareness about the struggle of Iranian women and in particular about the one million signature campaign.

Participants were handed a brief outline of the recent arrests of women activists in Tehran before entering the lecture hall. Nazanin Ansari did an excellent job of outlining the challenges faced by Iranian women and how through peaceful non-violent means, Iranian women are fighting for their rights under extremely difficult conditions. Her speech was well received by the audience and nearly all the 100 people who attended, signed the petition and were keen to learn more about the plight of imprisoned activists in Iran. 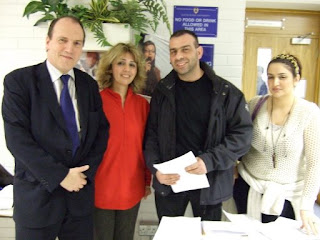 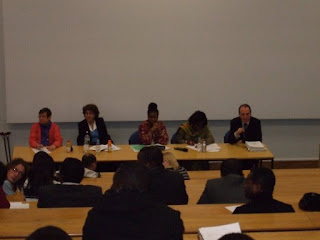 The South Bank University SU President, Victor, who gave us all the help he could 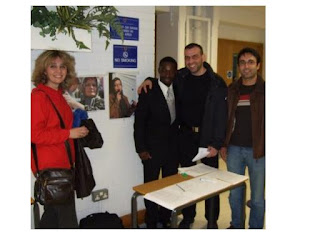 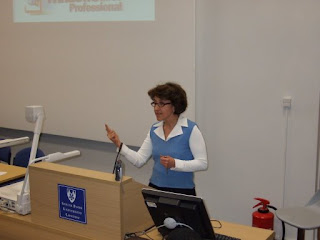 I have followed your blog for a while. I must admit I dont agree with everything you say, but you do amaze me. You do not just report something, when something happens you work out in your own way, how to react, support and publicise, outside Iran and then along with your friends you just do it.
You are not an organised opposition party but I think you and your friends do more than most Iranian political parties. Well done.

Hey I am sorry about the university SU's vice president, Ali Ghaffari, trying to cancel Nazanin Ansari's talk. I don't know what his problem was, but I am glad you put your foot down and the talk went ahead. We very much enjoyed her contribution.

Glad to know that our compatriots are doing what they can to make things happen!

Most excellent. Thank you.

Thanks for the heads up