Despite a huge volume of protests against the Embassy of Islamic Republic of Iran holding its dinner party tomorrow at Kensington Town Hall, the Tory controlled council today refused to heed to all the protest emails and phone calls and has allowed the pro-Ahmadinejad organised event to go ahead. In the beginning the booking officer Matthew Brown (matthew.brown@rbkc@gov.uk) expressed his astonishment that the event was organised by the embassy. Matthew Brown claimed the council was told a non-political 'cultural group' had booked the Town Hall for the event and asked for evidence contrary to this understanding.

The evidence of course was in black and white, the event was publicised on the website of the Embassy of the Islamic Republic http://icrolondonevents.com/norooz89/
Which read the Cultural Council of the Embassy of the Islamic Republic of Iran invites all those interested for a celebration party on Saturday 20th March in the Kensington Town Hall. Mathew Brown and the leader of the council, Merrick Cockell were notified of this embassy advertisement several times by many. Yet at the end, the Royal Borough of Cambridge and Chelsea lied on its website and Jennifer Allott (jennifer.allott@rbkc.gov.uk) came up with this nonsense statement: http://rbkc.gov.uk/newsroom/councilstatements/iraniannewyearevent.aspx
that a booking was made to use Kensington Town Hall by an 'Iranian cultural group' for a celebration.
No evidence has been produced that this event is anything other than a new year celebration.'
The so-called non-government related Iranian 'Cultural Group' was never named.

It was also further explained to the Tory council how Ahmadinejad's administration uses these events like the ones held on previous occasions in the Millenium Hotel, Gloucester Road or Wolfson College, Cambridge for its propaganda purposes to demoralise the Iranian protesters in Iran. By publicising such gatherings on Iranian state TV and pro-Ahmadinejad websites, in effect they tell the people of Iran, its business as usual for us abroad. The message they send to the Iranian people is no one is standing by you, no one cares for your struggle for democracy, no one is treating us as an illegitimate government, no one is questioning the mass detentions in Iran, the executions and the show trials, we have the petro-Dollars and we can buy whoever we want.

We ask the international community what is it that we are asking you that seems too much to ask? We ask you for international solidarity, you march for Guantanamo detainees, that's fine but how about marching for an Iranian teenager who has been gang raped in Kahrizak prison, after taking part in a peaceful protest simply asking 'where is my vote?,' once in a while? Why is it too much to ask to march just once for the likes of Nedas and Sohrabs and the way even their graves are being desecrated and their families are being harassed?

We ask the students and academics to stand up for the plight of their colleagues in Iran and question such brutal attacks on students of Tehran university shown in this footage taken by Iran's security forces themselves
http://www.youtube.com/watch?v=YnHK6jAcsi4

We ask the likes of Anna Contadini not to accept meaningless awards from Ahamdinejad and his neo-Nazi advisor, Mohammad Ali Ramin.

We ask you not to allow your universities, town halls and hotels to be used for propaganda platforms by the coup administration in Iran.

We ask you to stand up to the regime in Iran for breaking all international broadcasting conventions by jamming the satellite signals to Iran while the regime continues to use the same broadcasting platforms for spreading their own propagandas and lies in just about every language with total impunity.

We ask you to stand up to the regime in Iran for denying the Iranian people access to the internet and freedom of information.

We ask you not to allow your companies to sell torture equipment, eavesdropping and spying facilities to the messianic junta in Iran, so that the dissidents in Iran could not so easily be tracked and arrested.

The victory of the Green Movement in Iran will lead to a more peaceful and tolerant Middle East, is this not enough incentive for you? Are you not touched by the humanity, the exceptional compassion and the magnanimity of the Iranian protesters when they capture and disarm a vicious Special Unit guard?
http://www.youtube.com/watch?v=ttxINV_EF50&feature=player_embedded

What is it that we are asking you that is too much? Your councils and your government agencies are more keen on cracking down on the motorists and divorced fathers, any thing that generates revenue for them, than standing up to a totalitarian thugocracy state that backs and funds international terrorism. Stand up to your spineless officials, you have the privilege of not ending up in Kahrizak or Evin prison if you protest, show some grit or they will continue to walk all over you and risk the future security of your children. 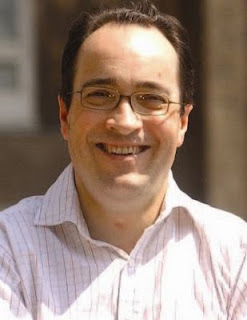 The Price of Freedom in Iran:
http://azarmehr.blogspot.com/2009/06/price-of-freedom.html 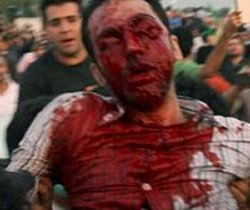 Disgraceful behaviour from RBKC, then again in politics whoever has the ££££ gets the last word, and no doubt the IRI Embassy will be paying the council a hefty fee to hire the hall...very sad.

It shouldn't be that way Stash.

By the way to all my comrades:

There's an error in the email address for Matthew Brown: too many @s.

The UK Government had a fundamental role to play in bringing Khomeini to power. It is not surprising that they are still supporting them after al these years.
The difference being that back then it was all done in secret but now it's all coming out.
Potkin I think it's a good idea to put this footage on your blog. It explains a lot of things and shows idiots like SZ that we never had a "revolution" . The whole thing was planned and orchestrated by the West.

I agree with every points you've made.

Iran needs not only intelligent but outspoken Roshanfekrun Delsooz, like yourself.

In support of these comments -- that despite occasional harsh words, the IRI is in fact a project of the Western Establishment -- I found two very revealing points of documentation. First, the IDLO conference held in Rome in 2002, with participation of the Bush administration, which included three representatives of Iran, all working cozily together to lay the groundwork for a new constitution for Afghanistan. Excerpts and links to original documents are here http://www.emperors-clothes.com/news/idlo.htm
So much for Bush trying to limit IRI regional influence. Second, a 2007 international (US, Europeans, etc.) conference on Afghanistan in which IRI Deputy Foreign Minister Mehdi Safari PRAISES (in most syrupy tones) the "international community" for invading Afghanistan. His speech is quoted, with link to video of him giving it, here http://emperors-clothes.com/terrorandtreachery.htm
So what is said in public, and what is said and done in relative private, are two different matters. Meanwhile, secondary powers, such as China, seeing which way the West is REALLY blowing, kiss up to Iran.