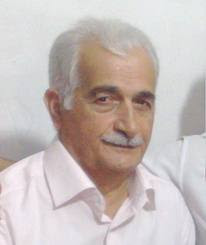 This recent shameful report has sickened many Iranians, including myself, who are sick of their compatriots being humiliated and abused in such ways, just because they have a different spiritual belief. The extract below was taken from Iranian.com written by Shifteh Ansari.
"Vajihollah Mirza Golpour, a 71-year old resident of Safar Abad Village outside Sari in the province of Mazandaran.
He was arrested after he appeared at the Sari Intelligence Office, following summons. His relatives said that he was transferred from Sari to Tonekabon, where he was interrogated. Mirza Golpur's relatives say he has heart disease and only one week prior to his arrest, he had been hospitalized for treatment. His family say they still don't know exactly on what charges he was arrested. All they know is that he is a Bahai, and he is just one in a large group of Bahai's who have been rounded up and arrested over the past couple of years in Mazandaran, some with their homes and farms destroyed.
Friends and relatives of Vajihollah Mirza Golpour said that in order "to put him under more pressure," last Tuesday he was made to walk ankle-cuffed all around the town of Tonekabon. A source said that earlier, during his interrogation, "in order to extract confessions of him, his head was hit against the wall, and he has been kicked in his side."

I have never understood why the Bahaii religion stipulates their followers must refrain from getting involved in politics, but to parade a 71 year old man, ankles chained together, in order to humiliate him is reason enough not to stay silent and let evil prevail.
Posted by Azarmehr at 4:46 AM

The cracks are widening in the regime:
http://weaselzippers.us/2011/05/05/iran-ahmadinejad-allies-charged-with-sorcery/

You're the biggest evil and fraud in the history of the Iranian opposition movement.

This is classic Arab style politics.

Divide and conquer, "those evil Bahai's and Jews are after us", my question is WHY THE FUCK ARE IRANIANS FOLLOWING PRIMITIVE BEDOUIN ARAB/KIKE POLITICAL STRUCTURE?

Wake up and reestablish the monarchy.