The Baseej has become so hated and despised, the very word which actually means mobilisation has become synonymous with filth, scum and a brainless mercenary thug. So interestingly in the Pro-Ahmadinejad Fars News website yesterday there was a desperate attempt to buy some credibility for the Baseej.

Fars News Agency reports with much enthusiasm, a Baseej member by the name of Mohsen Abbaszadeh, who found a briefcase left in the middle of the road on his way back home. He said he took the briefcase home but when he opened and looked inside it there was nothing that could identify its original owner. It did however contain $250,000 in cash and bank cards.

'one of my friends later saw the owner looking for a briefcase and gave him my mobile number. The owner then contacted me gave a few correct details and I gave it back to him without accepting any rewards in return' The honest Baseej member claims in the report.

Just like any other cock and bull propaganda story propagated by the Islamic Republic, there are always loose ends that don't tie. Surely the bank cards would have identified the original owner if they were returned to the bank. How is it that someone who has rightly not accepted any rewards for doing the right thing is not shy of the publicity reward in the paper?

Well whether the story is true or a desperate attempt to buy some credibility for the Baseej, below is a picture from 4th November showing people throwing loose change at the Baseej taunting them as hired thugs who would do anything for a few bob. 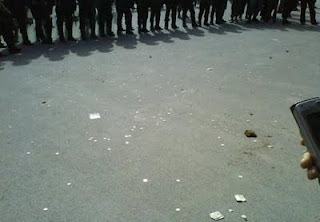 And more pictures of 'honest baseejis' from 4th November: 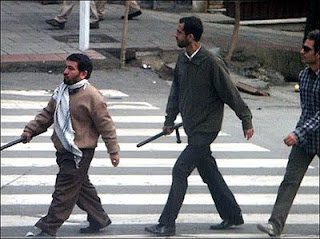 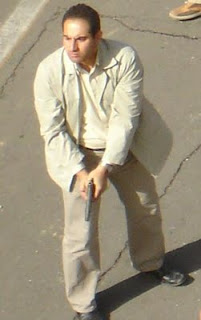 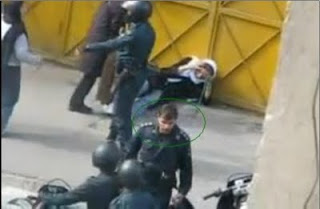 Video of Baseej above holding a gun shooting at people on 4th November:

After returning the money, he saved a burning bus full of school children, rescued an old lady's cat from a tree, then proceeded to rape three Westoxicated pro-democracy activities in an underground detention complex outside Tehran.