I Did not Want to Die in Bed 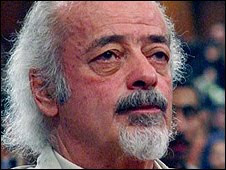 Dr. Mohammad Maleki has been a revolutionary for over sixty years. He started his revolutionary career in the final years of his high school working with the National Movement of Iranian Resistance in the oil nationalisation struggle during the fifties. He was first arrested by SAVAK in 1960 when he was a university student and one of the organisers of the protests against Richard Nixon's visit to Iran. During the 1979 revolution, he was the conduit between the revolutionaries inside Iran and outside Iran.

After the 1979 revolution, Maleki became the Dean of the Tehran university. A position which did not last long because of his opposition to the 'Cultural Revolution' . He was arrested in 1981 and spent 5 years in prison during some of the harshest post revolutionary years in Iran's prisons. He has been banned from leaving the country since his release in 1986 and not even been allowed to attend academic seminars and lectures related to his field. Dr. Maleki has been in and out of prison several times despite his age and bad health. I spoke to him once on the phone about 9 years ago, despite all his health problems, the old man sounded like a young lionheart, never tired of carrying on with the struggle for Iran's freedom. He finished our conversation by saying 'tell the world what is happening here, don't let us down'.

Now at the age of 76, suffering from prostate cancer, diabetes and heart problems, he was once again dragged out of his house, two days ago, in front of his family. His computer, books and writings were all confiscated. As they came to arrest him, Maleki still roaring like a lion said 'I am glad you came for me, I did not want to die in my bed'.
Posted by Azarmehr at 5:34 AM

Hopefully all political detainees will be released once this regime is gone.

He is responsible for the 1979 mayhem.... let him die in the prisons of those he help bring to power.

Anonymous' comment is indicative of why the outside opposition is so fractious and crippled exactly at the moment we need clarity of purpose and unity of intent.

Just because this bastard is going to get raped by his masters --- we should shad a tear for him ... BULLOCKS ... He helped to bring them to power and now they are devouring him. Just like they have done to thousand others ... You keep your crocodile tears for those innocent ones not these arrogant Useful Idiots...

I do not understand something here... Ahemer says that this man fought against the Cultural revolution and you call him a bastard?

Wake up, many good people in Iran participated in the 1979 revolution. The Shah was corrupt and SAVAK was brutal. The people wanted change.

Wake up, there were elements who were working to bring in the mullahocracy. The worst of the useful idiots was Jimmah Carter who as POTUS at the time. That idiot was the one who thought that having the mullahs take over was a good thing... and look what happened.