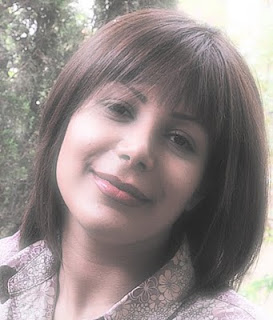 23rd January is Neda's birthday. Neda would have been 27 tomorrow. She still had a whole life ahead of her, so many wishes, so many goals and so much more to enjoy form life. The bullet that killed her however has made a nation alive. Neda has become a symbol of a young generation eager to bring about change in Iran so that they too can enjoy the basic freedoms of life. Neda's fiancé, Caspian wants a worldwide vigil for Neda on her birthday.

In London, Caspian wanted the vigil to be held outside Press TV offices for all the lies this propaganda arm of the Supreme Leader has tried to spread about Neda.

There will be 27 pictures of Neda with 27 roses (her favourite flower) and 27 candles laid outside Press TV reception. Those who will attend the vigil can leave a message in a memorial book which will be sent to Neda's family.

Lets show the world that Neda will never die.
Posted by Azarmehr at 7:35 AM

The display sounds all very appropriate and moving. It is good, in a way, to remind the monsters who have occupied Iran that their victims will not go unremembered; that they will not go without justice.

I certainly hope that something of the sort will be held for Sohrab and the other fallen heroes in due time; albeit it some argue Neda is symbolic, let us not over-use her tragedy when we can 'exploit' the murders of the other victims in which you have eloquently blogged about. Perhaps a similar protest to exhaust Press TV in honour of fallen heroes.

In standing against the IRI and their Press TV gimps, I would have loved to have attended tomorrow; however, important prior engagements render it difficult for me to be in more than one place at a time.

All the best with it, dear friend and comrade.

Excellent Potkin joon... Her memory will be honored


Your blood
Runs
On our small

You left
To visit
Another world

It still riles and galls having to look into the face of Neda. A beautiful young life so needlessly taken away by such callous and brutal cold hearted monsters! My sincere sympathies with her family on this day.. Such crimes however still rest squarely on Khamanei's shoulders! Never mind his fearful under siege excuses towards the west. History will record that it was his own dirty pride and greedy ego that eventually destroyed Islam in Iran. R.I.P. Neda.