The Faces of Our Martyrs

Pictures of two more of our bravehearts who fell in the path of freedom for Iran: 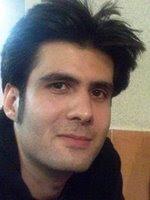 Massoud Hashemzadeh.
'Massoud was full of life, he was always such an optimist. They were putting us under pressure not to talk, even told us not to cry by his grave and we nearly gave in because our other son was also arrested, but then I thought, we owe it to him and we must talk' - Massoud's mother. 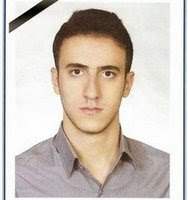 Mohammad Kamrani. According to the witnesses he died in hospital on the 16th of July after 3 hours. He died of his wounds inflicted by torture

One by one the names of these brave ppl come out and those idiots in the UK or USA who support the criminal mullahs should be ashamed and sorry for supporting the Iranian regime.

This is my first opportunity in a week to read your updates. It is sad to see the faces of these brave martyrs from Iran.